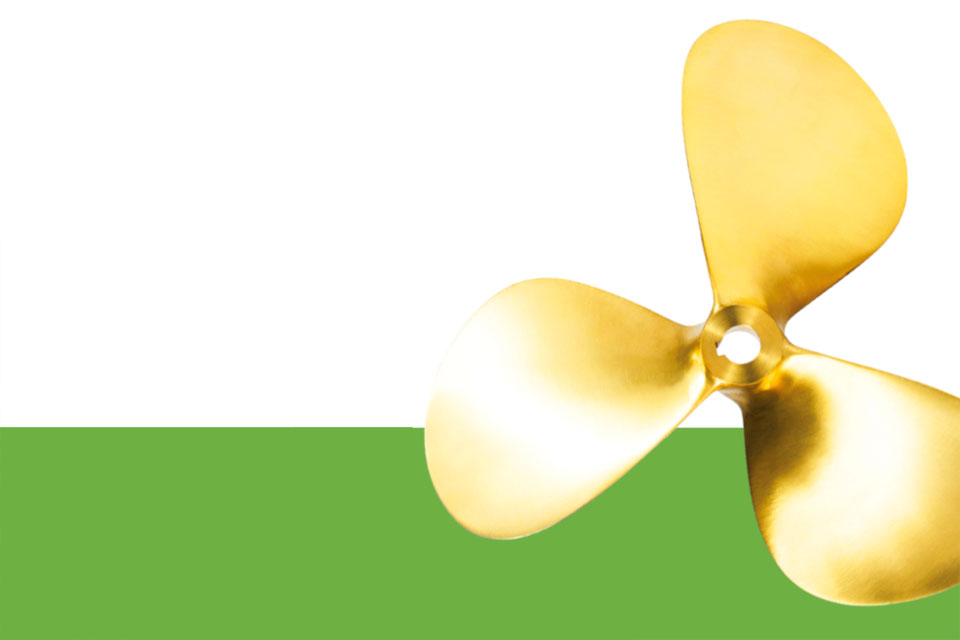 With the Green Propeller Edge (Groene Schroefrand), the propeller of Jooren Scheepsschroeven from Dordrecht, the Netherlands, uses less fuel than other propellers. It landed the company the eighth place in the Dutch Chamber of Commerce’s Innovation Top 100.

The Green Propeller Edge is the result of a study conducted by Jooren and commissioned by the Ministry of Economic Affairs. The company had to research how energy could be saved by changing the design of a propeller as it partly determines the vessel’s fuel consumption. By grinding the propeller at a different angle at the back, the engine does not have to turn as hard – about thirty to forty propeller rotations less per minute. This results in a fuel saving of three to five per cent.

An additional advantage is that the propeller also produces three to four decibels less noise.

The company has further developed the Green Propeller Edge with, among others, Flowcenter in Dordrecht and Viscudt in Spain.

Jooren Scheepsschroeven has more than half a century of experience with marine propellers; it supplies new and used propellers to the shipping industry. Moreover, it not only repairs its own propellers, but also those of other brands.