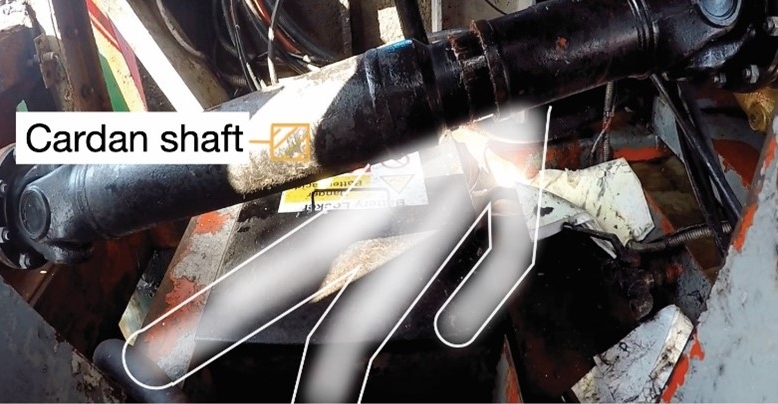 Resist the temptation of a quick fix, but assess the situation first. The Nautical Institute gives this advice in its latest Mars Report in which it describes a fatal accident on board a dredger where an officer attempted to quickly repair hydraulic hoses.

A small split-hull suction dredger had suffered damage to hydraulic hoses controlling the port propulsion, so the master decided to berth the vessel. During berthing, the vessel struck the berth aft and damaged the starboard propulsion. Now very close to the berth but with no propulsion, the master requested a tug, but was told it would take about an hour. The master went aft to see the other officer. Because of the perceived urgency, he had already started to change the hydraulic hoses on the starboard actuator.

After helping the officer with an associated task, the master returned to the bridge to inquire about progress with the tugboat. Suddenly, he heard a yell from the aft deck. He rushed back, finding the officer trapped under the cardan shaft. The officer had disconnected the lifting cylinder hose instead of the damaged hose, and the shaft had fallen down on him.

The master immediately searched for tools that could help release the officer. He tried to lift the cardan shaft using a strap and chain hoist, but without success. He then called for an ambulance, and, at the same time, got some persons on the quay to help him; a forklift truck and several crew members came from nearby ships. The forklift succeeded in lifting the cardan shaft, so the master and another crew from a nearby ship could secure the shaft off of the victim.

Even once the victim was free of the weight of the shaft, there was not enough room for the rescue team to extricate him. Another item of equipment had to be dismounted before the rescue team could free the victim, who was then transported to a nearby hospital, but declared deceased.

The official investigation found, among others, that since the ship’s crew (master and officer) did not possess advanced mechanical engineering skills, they did not recognise that this repair might present special risks.

Picture: Outline of the victim under the cardan shaft.

This accident was covered in the Mars Reports, originally published as Mars 202158, that are part of Report Number 350. A selection of this Report was also published in SWZ|Maritime’s January 2022 issue. The Nautical Institute compiles these reports to help prevent maritime accidents. That is why they are also published on SWZ|Maritime’s website.

Also read: ‘Material Safety Data Sheet: Read it and apply it to protect yourself’