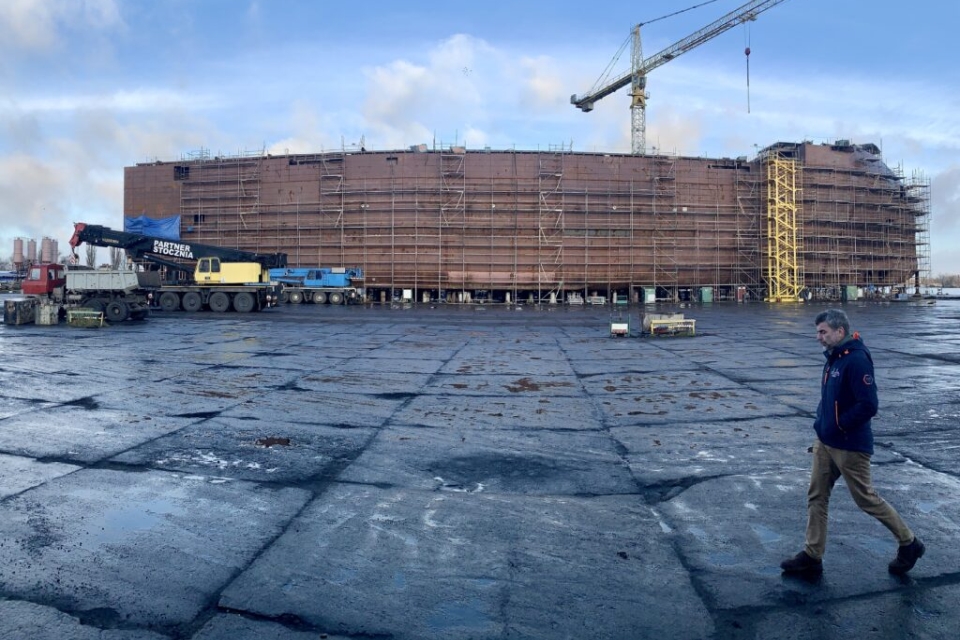 Neptune Maritime Projects won the contract to build the Canopée, a sailing freighter that will transport Ariane 6 rockets. The 121-metre-long ship will be equipped with four 30-metre-high Oceanwings. The vessel is now taking shape at the Partner Stoczina shipyard in Szczecin, Poland.

The Oceanwings sail panels will cover an area of 375 square metres each and should save around 35 per cent on fuel consumption. According to the French client Alizés, the Canopée is a prototype, but it is not clear how many ships in total will be built. Groot Ship Design supplied the naval architecture and all engineering for steel construction.

Alizés, which means trade winds, is a joint venture between the French shipping companies Jifmar Offshore Services and Zéphyr et Borée set up especially for this project. It won the Ariane Group’s tender a year ago for a new transport concept, beating among others the large French shipping company Louis Dreyfus Armateurs. The Canopée will transport Ariane rockets from Europe to French Guyana.

The Canopée is due to be launched in the spring for immediate delivery on behalf of Ariane Group. The hull is now almost finished, but still surrounded by scaffolding.

Alizés is already transporting rockets, but has chartered general cargo vessel Eastern Rock to use until the Canopée is ready.