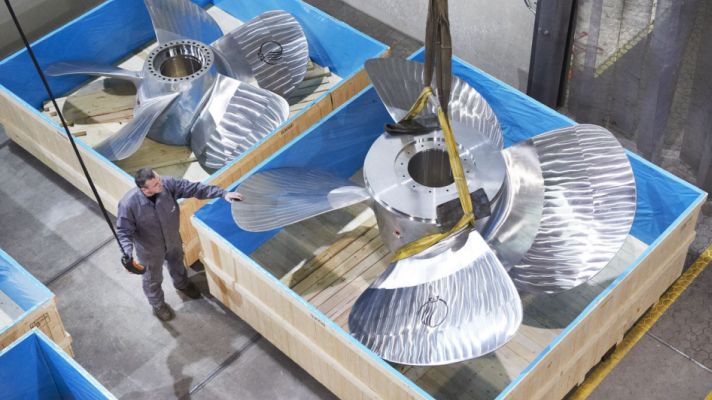 Without much publicity, the Van Voorden foundry was declared bankrupt in December. It was the only propeller manufacturer in the Netherlands. The recently published report of the trustee identifies the downturn in Dutch shipbuilding as well as losing orders to manufacturers in Turkey and China as the cause of the bankruptcy.

It is the second time in five years’ time that the company based in Zaltbommel is declared bankrupt. In 2017, the foundry was restarted after bankruptcy and managed a slight profit the same year.

In 2018, Van Voorden suffered from a significant drop in demand from the dredging industry (then more than half the company’s turnover), which reduced turnover and put further pressure on margins. Thanks to the acquisition of new customers outside the dredging industry, turnover increased in 2019 and 2020 and the loss, although still significant, decreased.

From Q4 2020 onwards, however, the order intake declined sharply in structural terms. Whereas Van Voorden’s two largest customers used to place orders together averaging € 250,000 to € 300,000 per month, from Q4 2020 onwards this dropped to only about € 100,000 per month. This was the result of sharply declining sales for their own activities, partly due to the Covid-19 pandemic. Van Voorden’s smaller customers had the same problems, which reduced orders further.

This caused the company to suffer a loss of about € 100,000 a month in 2021. Turnover with existing customers then fell further, also because they placed more and more orders in Turkey and China. In addition, there was the sharp increase in energy and raw material prices, which could not always be passed on (directly), resulting in an even greater decline in margins. After that, losses accumulated swiftly to € 1.4 million in October.

As a result, parent company Andus Group withdrew its financial support. Given the market situation of foundries and the financial performance of the insolvent company, it was impossible to attract external financing.

At the time of the bankruptcy, Van Voorden employed 38 people who have now all lost their jobs. The company was founded in 1912 and carried the designation Royal since 2012. According to the trustee (J. Thielen of Bierman Advocaten), a restart of the company is out of the question as it would have little chance of success given the market conditions.