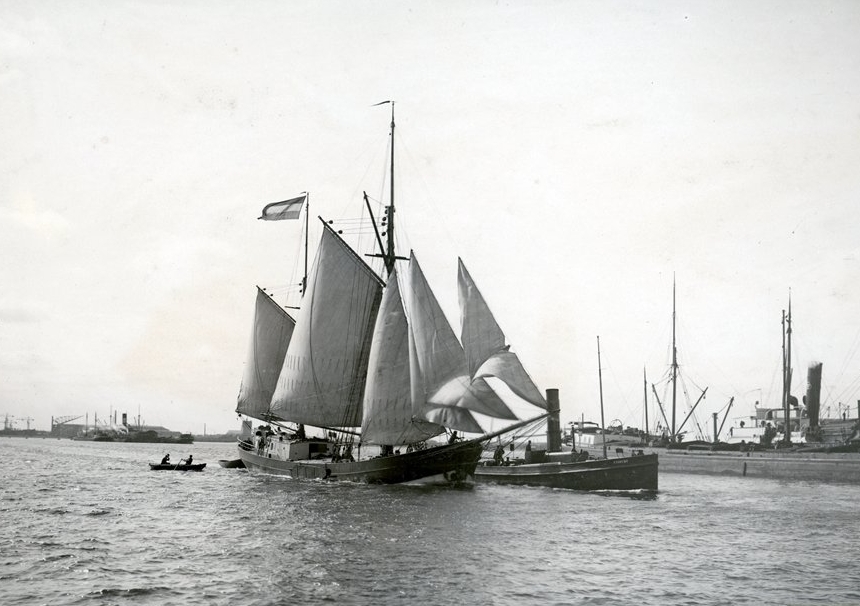 EcoClipper Coöperatie has purchased the Dutch Klipper De Tukker to establish sustainable shipping on the North Sea. It is the first vessel to join the EcoClipper fleet. The vessel will require a retrofit and will begin providing trade and passenger travel under sail on the North Sea in the first half of 2022.

De Tukker was built in 1912 and worked for many years as a coastal trader. In the 1980s, it became a Dutch sail training vessel, well-known for its work with disadvantaged youth. The need for major repairs brought this to an end in 2012. With this purchase, EcoClipper will return De Tukker to North Sea trade.

The Klipper will be the first in a proposed fleet of EcoClipper vessels that will include retrofit and purpose-built sailing ships trading on a range of routes.

The retrofit will bring De Tukker back up to commercial standard. Work on the hull needs to be carried out, a new deckhouse will be constructed and upgrading of the systems and rigging will take place. The ship has a barge shaped hull and will be able to carry about 80 cubic metres, or an equivalent of 50-70 tonnes, of cargo. It will also have accommodation for up to twelve paying guests.

While sailing vessels do operate on the North Sea, there are no vessels currently dedicated to a fixed liner service for sustainable shipping, on this important route.

Jorne Langelaan, CEO and founder of EcoClipper Coöperatie: ‘We have already been approached by a wide range of companies looking to ship their product in a sustainable manner. With this purchase, EcoClipper will be in a good position to begin providing this service in an environmentally friendly way. Altogether, De Tukker should be an excellent ship to start putting the operational vision of EcoClipper into practice.’

EcoClipper has recently launched a financing campaign where investors are able to invest in the EcoClipper Coöperatie. This enables investors to become part owners of the fleet of sailing ships, including the Tukker.

Picture: Original picture of De Tukker (then named Harle Tief), after its launch in 1912 on the Nieuwe Waterweg near Maassluis, the Netherlands.