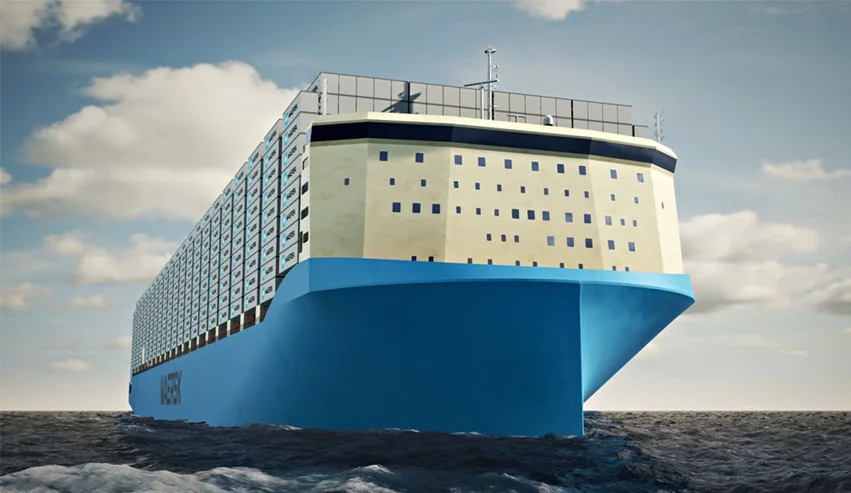 After ordering eight 16,000-TEU methanol-powered container ships in August, Maersk has chosen to exercise the included option for four more such vessels. Hyundai Heavy Industries will build the vessels that are to be delivered in 2025, one year after the first series of eight.

The twelve new vessels will replace older vessels and come with a dual-fuel engine setup. Once fully phased in and running on green methanol, the twelve large methanol fuelled container vessels are said to generate savings of 1.5 million CO2 emissions per year. The container ships will be classed by the American Bureau of Shipping and sail under Danish flags.

With the accommodation at the bow, the ships look distinctly different from conventional container ships. The vessels will be 350 metres long and 53.5 metres wide. The crew accommodation and bridge will be located at the bow to enable increased container capacity. The funnel will be in the aft, and only on one side of the vessel, thereby providing further space for cargo. This separation between accommodation and funnel will also improve efficiency when in port.

They are said to be twenty per cent more energy efficient per transported container.