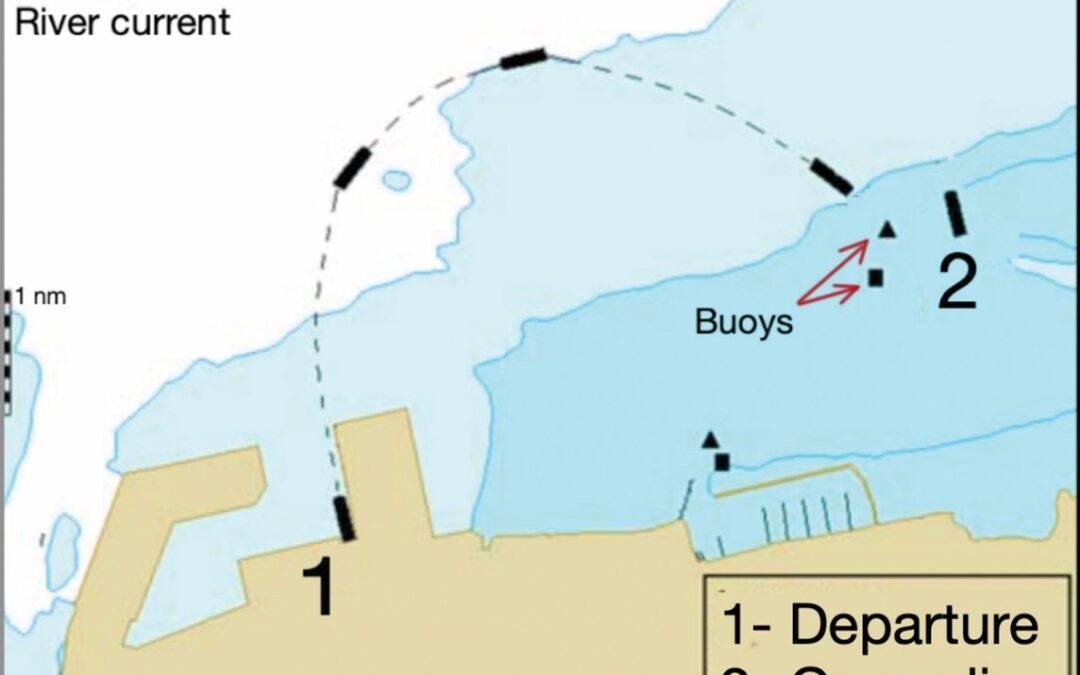 Practise your blind pilotage technique whenever possibly, especially in good weather. The Nautical Institute gives this advice in its latest Mars Report in which a ferry’s crew lost sense of their whereabouts due to fog and subsequently grounded.

In the early morning hours, a double-ended passenger/vehicle ferry was loaded and departed on its short run across a river. Visibility was reduced by fog to less than 30 metres but the master, at the controls, was experienced in this run and the departure was kept to the schedule. Another officer was also on the bridge. Both radars were in use and both were set for relative motion display, which is an unstabilised, head-up presentation. This was the standard radar setup for this bridge team on this run as almost all navigation was done visually. No electronic chart system had been fitted on the ferry.

Once the vessel cleared the departure basin and passed the jetties, it quickly fell off to starboard into the river current setting approximately 075° at two knots (see picture), but this was not visually apparent to the bridge team. However, the master and mate both noticed that the gyrocompass repeater heading was rapidly turning to the east.

As the master and mate monitored the radars, both set on the 1.5 nautical mile scale, they saw the echoes of the nearby landmass quickly shifting, creating a blurred image. This was to be expected since the radars were set on unstabilised, head-up presentation. Nonetheless, the bridge team were now flustered and unable to quickly determine the vessel’s position.

Without visual cues or an understanding of the blurred radar image, the master and mate looked to the GPS receiver to gain an appreciation of the vessel’s speed. Soon, the lookout reported seeing buoys ahead. The master manoeuvred to avoid the buoys and, shortly thereafter, some ten minutes after departure, the vessel grounded. Later that morning, with the assistance of a tug, the ferry was refloated. No apparent damage was found and the ferry resumed service later that day.

The official report notes that ‘the bridge team was essentially trained and experienced in visual navigation, but undertook a blind pilotage voyage.’

Advise from The Nautical Institute

This accident was covered in the Mars Reports, originally published as Mars 202154, that are part of Report Number 349. A selection of this Report will also be published in SWZ|Maritime’s December 2021 issue. The Nautical Institute compiles these reports to help prevent maritime accidents. That is why they are also published on SWZ|Maritime’s website.