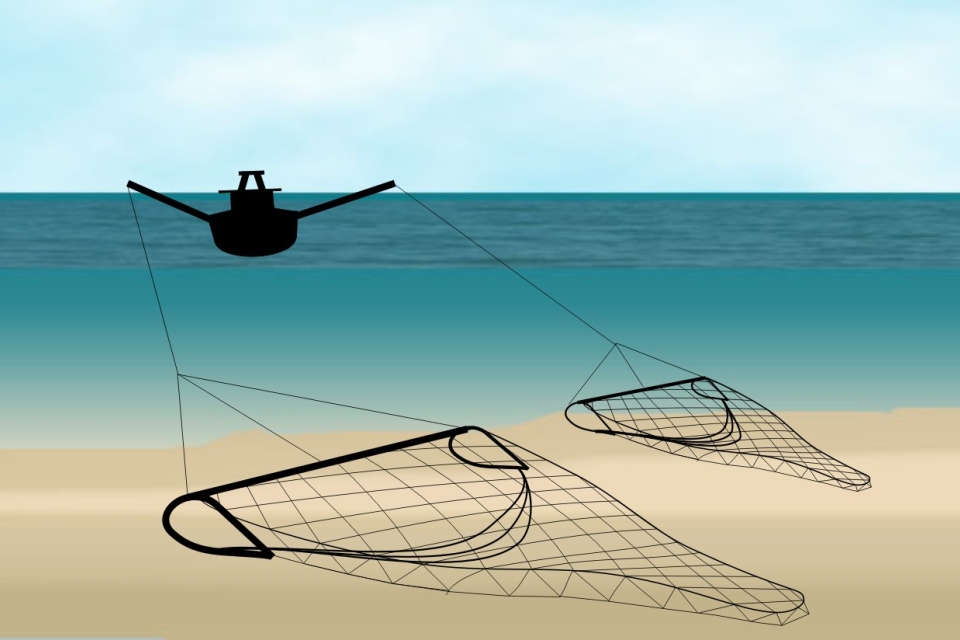 Over 150,000 Europeans have signed a petition calling for the EU to phase out destructive fishing practices, starting with an immediate ban of bottom trawling in all Marine Protected Areas. Environmental NGOs presented EU Commissioner Virginijus Sinkevičius with the petition in the form of a pop-up storybook.

The storybook is said to depict the devastation caused by destructive bottom trawling and how the marine environment thrives in its absence. The NGOs Oceana, Seas At Risk, Our Fish, WeMove Europe, Whale and Dolphin Conservation, and Environmental Justice Foundation handed the book to the Commissioner (responsible for the environment, ocean and fisheries) on 20 December.

The petitioners want a ban on bottom trawling to be included in the upcoming EU “Action plan to conserve fisheries resources and protect marine ecosystems” (Ocean Action Plan), to be adopted next spring. According to the NGOs bottom trawling is the most harmful fishing method and is widely used in Europe where it impacts more than fifty per cent of the seabed, including inside Marine Protected Areas.

‘Marine Protected Areas, as the name suggests, are supposed to afford protection to marine life, yet in 2020 over 2.5 million hours of bottom trawling took place inside them,’ says Vera Coelho, Senior Director of Advocacy at Oceana in Europe. ‘It is unacceptable that the EU continues condoning the destruction of the very places it has committed to protect.’

Tobias Troll, Marine Policy Director at Seas At Risk adds: ‘Destructive fishing techniques like bottom trawling must end, inside marine protected areas but also beyond. We need a just transition to low impact fisheries to protect biodiversity and allow future generations of small scale fisherfolk and coastal communities to have a good life.’

From pulse back to bottom trawling

The EU ban on pulse fishing has forced a lot of (particularly Dutch) fishermen to resort once again to bottom trawling, which disturbs the seabed much more and also increases fuel consumption as it involves dragging heavy weighted nets across the sea floor. A real alternative to this type of fishing, which targets plaice and sole, is yet to be invented.

There have been trials with a system that uses waterspray to get the plaice and sole into the nets, but Dutch maritime newspaper Schuttevaer reported in November that for the time being, expectations could not (yet) be met.

At the end of September, Wageningen University and Research announced it had received funding from the NWO (Dutch Research Council) to better study the swimming and escaping behaviour of plaice and sole. According to researchers, still relatively little is known about the behaviour is flatfish. By filling this knowledge gap, the university hopes to contribute to an alternative method of catching flatfish by finding new stimuli.