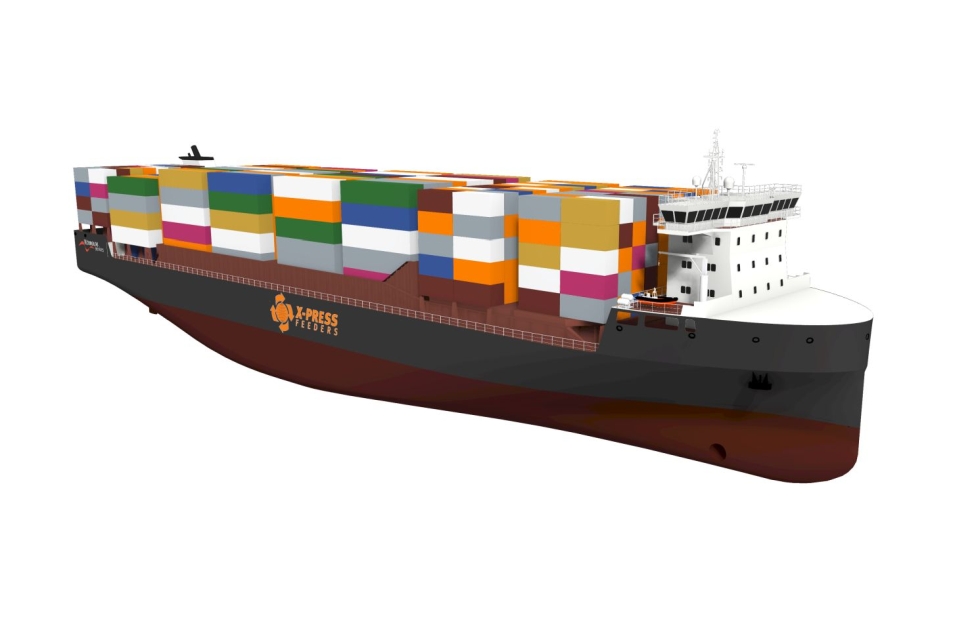 Eastaway, a member of the X-Press Feeders Group, has commissioned eight 1170 TEU container ships, with options for more. The vessels will be outfitted with dual-fuel engines that can operate on regular fuel or green methanol, and are specifically designed to be fuel-efficient.

The first vessels will be delivered for service in late 2023, while all ships will be operational by the end of 2024. They will join X-Press Feeders‘ Europe and Americas trade routes. The new container ships are to help the company move closer to the target of operating its first zero-emission ready vessel by 2025. It currently operates a fleet of about 100 vessels.

X-Press Feeders is not the only company that thinks methanol could be the alternative fuel for shipping in the future. Maersk recently issued green bonds to fund its first methanol powered ships and Van Oord has ordered a methanol powered offshore installation vessel.