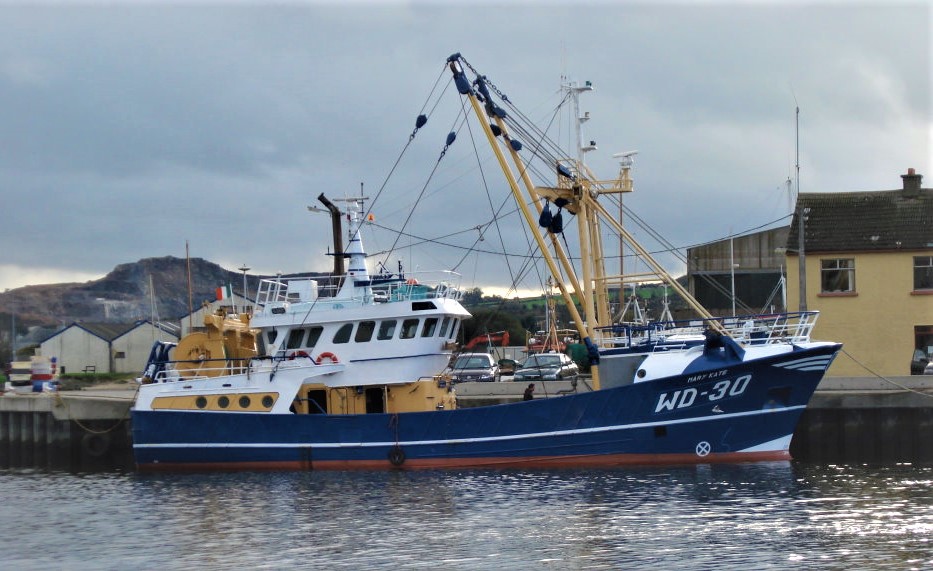 In April this year, the Dutch Safety Board, which was investigating the capsizing of two cutters, issued an interim warning. The Council was concerned about the stability of a certain type of cutter/trawler. We published this on the website of SWZ|Maritime and received a response from Ireland, which indicates that the problem transcends national borders.

The editors of SWZ|Maritime do not often receive reactions from readers on what is published or communicated via the website. Not so strange, as the magazine is not filled with opninion pieces, but aimed at informing its readers in a neutral way about what is happening in our maritime world in the technical and nautical fields. In April of this year, we published on our website an interim warning from the Dutch Safety Board. The Board issued a warning regarding the stability of beam trawlers. The Board did this in response to the sinking of the UK 165 in November 2019 and the UK 171 in December 2020.

Also read: Dutch Safety Board: Trawlers with nets on one side at risk of capsizing

Our web post was picked up in Ireland and we received a response from that country on 13 April. Equipped with various attachments, the response gave an overview of the stability problems of the cutter Mary Kate, WD 30, and asked SWZ|Maritime to publish about this. We would probably have ignored this request if it had only concerned one Irish trawler. But a study of the documents showed that it in fact concerned a series of nine ships, a number of which sail under the Dutch flag. Ships that, as far as is known, are still in operation.

Around 1990, the hulls were delivered by two different shipyards in what was then Yugoslavia, now Serbia, and finished in the Netherlands. Main dimensions: length overall 23.93 metres, width 7 metres, depth 3.65 metres and GT approximately 160.

The Mary Kate, which is the subject of this case, was delivered in 1992. The 2004 Guide to Dutch Fishing Vessels No. 51 lists approximately twenty vessels with very similar dimensions and GTs of 150 to 160, including two from the relevant series of nine. Some of these vessels are still in operation.

In June of this year, the Dutch Safety Board published its final report on the capsizing and sinking of the UK 165 and UK 171 and urgently recommended a broader investigation into the safety of the trawler fleet. In view of the great importance of the subject, we thought it responsible to include the following letter from Mr Delaney in our November special on fishing and here, on our website.

The preface above is by SWZ|Maritime editor Willem de Jong.

The letter from Mr Justin Delaney

My name is Justin Delaney, and I am a naval architect that was involved in the stability testing of ex-Dutch Euro-Cutters under the Irish registry. This came about in 2009 when Ireland implemented its new fishing vessel safety programme, which required amongst other measures, for all vessels between 15-24 metres in length to have their stability levels assessed.

In light of the recent investigation into the capsizing and sinking of the fishing cutters UK 165 and UK 171, and the issuing of an interim warning under section 63 of the Dutch Safety Board Act 1, I feel it is of paramount importance that the findings of the stability testing of the Euro-Cutters in Ireland be brought to the attention of your readers and the wider public as a whole.

However, there was one dual-purpose Euro-Cutter that had stability levels so deficient and so different from its original stability booklet, and without any plausible explanation, that it was not allowed to continue to fish. I was also the naval architect who tested this vessel along with a surveyor from the Irish Marine Survey Office in May 2009.

The name of the vessel is Mary Kate, WD 30, ex-Maarten Senior and Evert Jan. The vessel was Dutch designed and was completely fitted out at a Dutch shipyard, for Dutch owners, but under the German registry. There were nine sister vessels built in total, with the remaining eight fitted out at another Dutch shipyard.

The Irish owners, the Gaffney family, found out first-hand during the short time that they had operated the vessel, when on two occasions the vessel nearly capsized due to asymmetric loading when coming fast on the seabed, something very common when fishing in the Irish Sea. The family never felt safe in this vessel and in total contrast to that of their former smaller and older Euro-Cutter.

After countless follow-up tests back in 2009, we could not find any plausible reason as to why a 23.93-metre vessel such as the Mary Kate could have had such a dramatic increase in weight of over 20 tonnes and with stability levels so bad that the vessel would be deemed totally unseaworthy and unfit for purpose. This weight increase of 20 tonnes took into account weight additions since newbuild such as lengthened derricks etc.

To try and unearth the cause of the vessel’s massive weight increase and instability, no stone was left unturned. The vessel was drydocked and laser measured to rule out any differences between the hull shape and that of the lines plan, yet none were found. The vessel’s crew spent six weeks stripping out the fish hold floor to rule out the possibility of trapped water being present under the fish hold.

21.8 tonnes of concrete, steel and insulation were removed from the fish hold, but no trapped water was present to explain the massive weight increase. With the removal of the fish hold floor, there were now no inaccessible spaces left on the vessel. Incidentally, with 21.8 tonnes now removed from the vessel, the vessel’s lightship was now close to what was specified in its stability booklet, that is, 224.52 tonnes, but with stability levels nothing alike.

The vessel was also inclined and surveyed by the vessel’s Dutch designers, yet they were not able to come up with an explanation as to its stability failings either. The Dutch court surveyor, from a Dutch shipyard, arrived at the same conclusion after surveying the vessel and carrying out another inclining test along with a lightship test. This court surveyor also carried out scantlings thickness measurements, yet they were the same as the original plans.

Vessel had to be lengthened

Four shipyards, in addition to the vessel’s designers, ran stability analyses on the vessel and all concluded that no ballasting plan was feasible to make the vessel stable again. All four shipyards presented the same conclusion that the vessel needed to be lengthened by 5 metres. To give the vessel greater reserves of stability, it was decided in the end to lengthen the vessel by 5.85 metres.

Every other naval architect or surveyor that has reviewed this case, have all come to the same conclusion that the fishing vessel was unseaworthy from newbuild and that for some unknown reason, it was allowed to enter under the German registry with an approved stability booklet bearing no resemblance to the actual true stability levels of the vessel.

We have also known since 2010 of another German owned and registered sister vessel to the Mary Kate, with stability levels equally as bad and again with no plausible reason as to the dramatic increase in weight. Consequently, this vessel also had to be lengthened to make it seaworthy. Another sister vessel has also been lengthened bringing the number of lengthened sister vessels to three.

I have even accompanied the Gaffney family along with a Dutch consultant naval architect to the European Commission to bring it to their attention and for them to alert all the EU members to stability test their Euro-Cutters. We also informed the Irish Marine Survey Office of the stability failings of the German sister vessel and requested for them to carry out an official investigation into the stability findings of the Mary Kate and the other Euro-Cutters tested in Ireland, and to liaise with the other EU member states.

The Irish Marine Survey Office did issue a letter to COSS (Committee on Safe Seas and the Prevention of Pollution from Ships) regarding the stability failings of the Mary Kate and of potentially other Euro-Cutters in Europe, but no official investigation has been carried out to the present time.

Given the evidence, combined with the fact that beam trawling is the most dangerous type of fishing from a stability perspective, it is of real concern that there may exist many Euro-Cutters that are operating with deficient stability levels and who continue to put their crew’s lives at risk.

For me, it is alarming that these vessels were not immediately tested back in 2009-2010, when the cases of the Mary Kate and sister vessel were brought to the attention of the Irish Marine Survey Office and the German Ship Safety Division and particularly after the letters from the European Commission were issued to member states regarding this matter.

The stability testing of all Euro-Cutters in EU member states should be given immediate priority and a combined EU investigation report must be issued with the findings including those of both the Mary Kate and sister vessels.

Picture: The Mary Kate before it was lengthened.