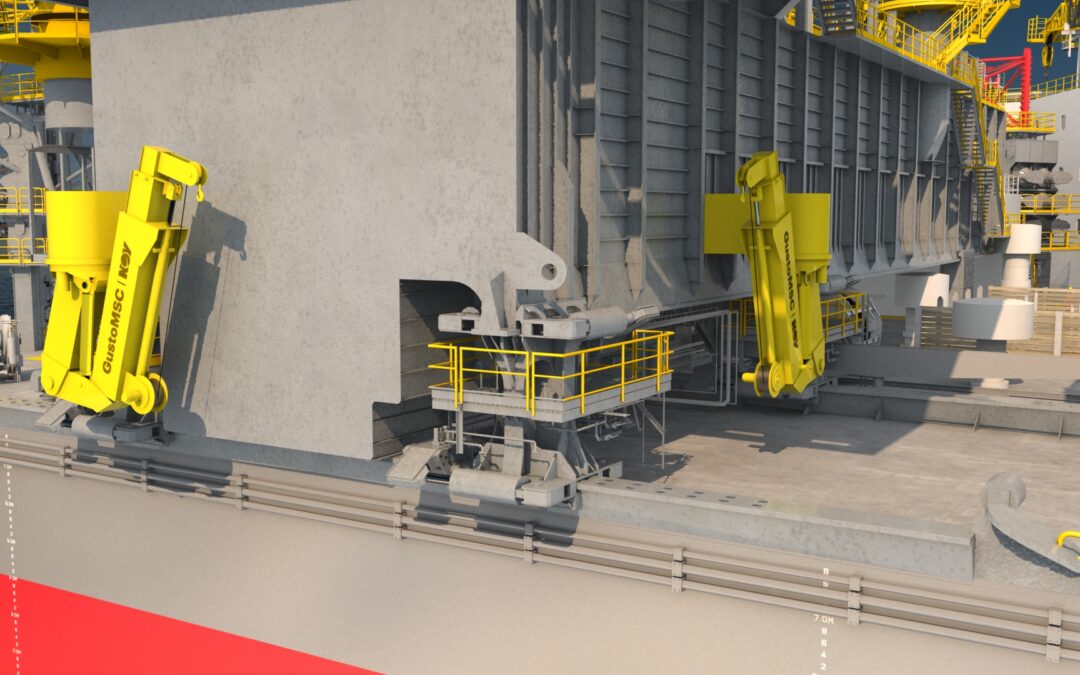 Velesto Drilling has ordered two GustoMSC Chela Twins cranes for its NAGA-6 drilling jack-up. It is the first time this type of crane has been ordered. The Chela series is designed to improve safe handling underneath the cantilever and reduce total time spent on wells.

The Chela series of multifunctional arms offers an extra hand in operations. Due to its crablike motion characteristics, it can reach below the cantilever as well as reach towards the main deck, providing crane access to an area traditionally blocked by the cantilever when drilling. Chela thus provides an advantage in development drilling, infill drilling, and plug and abandonment operations.

As an option, wireline operations can take place offline, on any other nearby well, while the derrick is engaged with other well construction operations.

The primary field-proven feature of Chela relates to safe and efficient lifting of well related parts and tools prior before and after well construction. With this functionality, a simultaneous operation with the activities performed by the drilling crew at well centre is possible. Depending on the well-programme, total time saved varies between five to fifteen per cent of total rig days per well.

The Chela Twins cranes work around the well centre in pairs. With their telescopic arms, they provide significant coverage below the cantilever and, depending on the cantilever position, can reach main deck and pick up tools or x-mas trees, for example. The current offering of two telescopic cranes forms a cost-competitive solution that can be applied to the worldwide fleet of standard drilling jack-ups.

GustoMSC commenced fabrication of the Chela Twins earlier last month. The rig is to be mobilised in the first half of 2022.