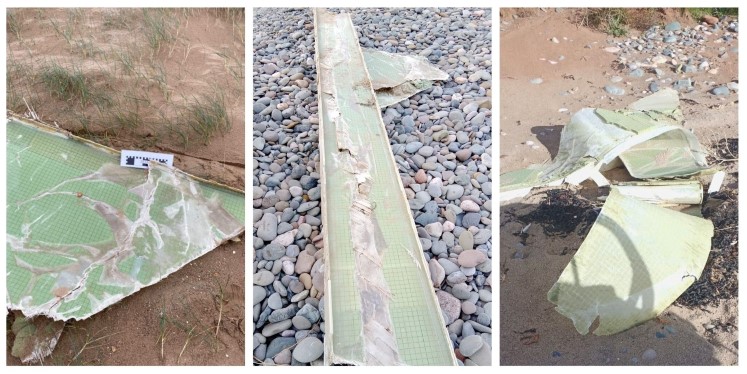 During maintenance work at Ormonde Offshore Wind Farm in the Irish Sea, jack-up MPI Adventure dropped three 61-metre turbine blades and the rotor into the sea. Vattenfall says a clean-up operation is underway, as well as an investigation into how the accident happened. No-one was injured.

At the time of the incident, the offshore installation and maintenance vessel MPI Adventure was jacked up alongside a wind turbine generator states Kingfisher in a Bulletin. In addition to the turbine blades and rotor (about 126 tonnes in total), the blade clamp tool (about 3100 kg) also ended up in the sea. According to the Bulletin, the items now rest on the seabed and debris has fractured off from all blades and has reached the shore line.

Videos of the accident circulate on social media, see below.

Ormonde Offshore Wind Farm is located in the Irish Sea, around 10km from the coast at Barrow-in-Furness in the North-West of the UK. It has thirty 5-MW turbines and has been operational since 2011.

Vattenfall, part-owner of the wind farm, has released an environmental notice concerning the accident. The company asks people who find debris to notify them and not to remove items themselves. The company will then send a team to remove it. The company adds: ‘The debris is not harmful, but it’s best not to touch it, just to make sure everyone stays accident-free.’

So far, Vattenfall’s environmental management team have been carrying out survey and recovery operations, with debris recovered from sites including Walney Island, Millom Beach and Haverigg Beach. Yet, the company says the tide may carry some debris across a wider area.

Picture (top): Examples of debris found on beaches along the coast (by Vattenfall).