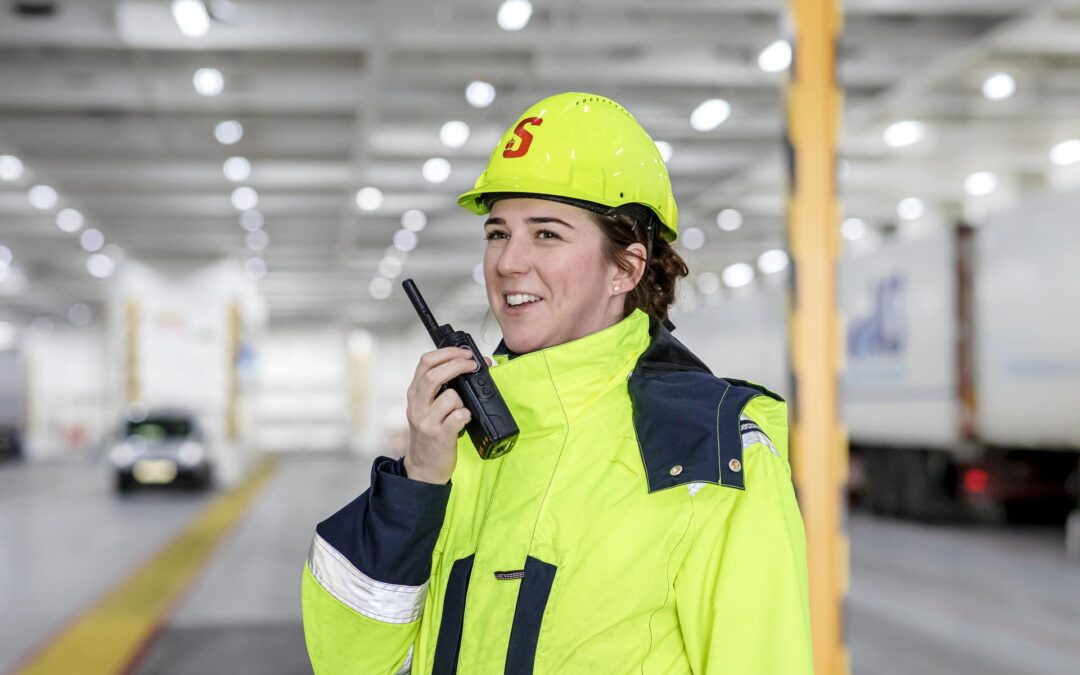 Brexit and the pandemic have led to a shortage of shipping personnel. Stena Line believes that if the shipping industry is going to solve its jobs’ crisis, it urgently needs to encourage more women to work in careers at sea, in roles that are often still viewed as for men.

With a shortage of skilled labour within the shipping industry there is currently fierce competition for talent. Therefore, now more than ever it is vitally important that companies like Stena Line provide an attractive place for young seafarers to work and develop successful careers.

In order to succeed at this, the Swedish ferry company is hoping to build on its existing strong diversity drive to recruit more women, and crucially promote them to senior positions. It has set itself a target of appointing thirty per cent female managers by the end of 2022. An ambitious target for a sector where only two per cent of the 1.2 million seafarers are women.

Speaking after her appearance at the Women in Maritime Summit, which has held as part of London International Shipping Week, Margaret Jensen Dickson, Group Head of People at Stena Line, says: ‘The shipping sector is in a jobs’ crisis and there is a shortage of people in every part of the industry. No matter whether the problem is caused by Brexit, or the Pandemic, there is simple solution and that is to encourage more women to work in shipping. The people shortage is one of the biggest crises Stena Line has ever faced and we are throwing the kitchen sink at it. Onboard roles can no longer be seen as a male domain.’

This year, the company has also appointed its first female captain. 33-year old Lynette Bryson (see picture) became master on the Stena Adventurer in the Irish Sea, where she also has a full female bridge team of officers.

The Stena Adventurer is one of the largest vessels in Stena Line’s fleet. It serves the key Dublin to Holyhead route, where it operates four services a day. As night master, it means Bryson, and her team of female officers, are in charge of two of those trips. Since joining Stena Line in 2017. Bryson has worked herself through the ranks, gaining four promotions as a result of her professional, dedicated and diligent approach to her key leadership on the vessel.

‘I am incredibly proud to be sailing as master on the Stena Adventurer, and as the first female master at the company; this could not have been done without the support of my colleagues at Stena Line,’ says Bryson. ‘As a young woman I always dreamt of a career at sea and never thought I could ever achieve being a captain. I hope my position can encourage more young women to follow my path and have a successful maritime career.’

During the pandemic Stena Line has also played a role in supporting new maritime recruits from other parts of shipping, particularly the cruise sector. With cruise lines no longer operating deck cadets and trainees were able to work for Stena Line, order to confirm they had enough hours at sea in order to graduate.