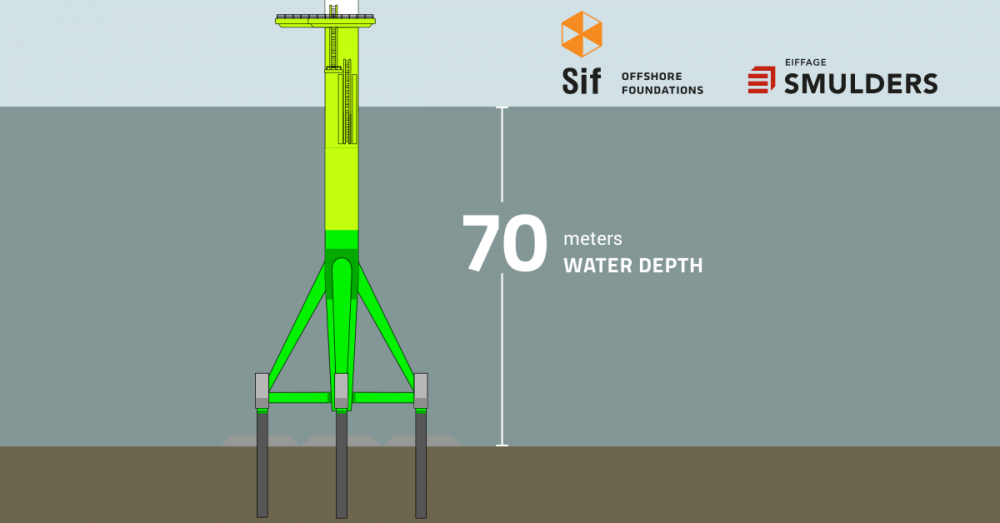 Sif, KCI and Smulders are jointly developing a new product line called “The revival of the tripod”. The tripod foundation concept was last deployed offshore at Global Tech 1 windfarm around eight years ago. Yet, the concept has some specific advantages compared with the monopile and jacket at water depths of fifty metres or more.

The tripod, however, is a sturdier construction than the monopile and easier to manufacture than a jacket. It will have its own specific niche application in addition to that of the jacket and the monopile respectively. With its robust history in the German market, bankability of the revived tripod should be less of a challenge compared with floating wind or other completely new foundation concepts.

The tripod will be jointly marketed in joint venture by Smulders and Sif. Production will take place in Roermond (the central column) and at the Smulders Wallsend site for the final integration. Bracings will be sourced in from UK suppliers. Serial production is foreseen to start in 2024.

‘We are very happy with the KCI developed tripod design,’ says Sif’s Michel Kurstjens. ‘It is the second innovation next to our Skybox design that we have developed since Sif’s acquisition of KCI, the engineers. With ever larger diameters of monopiles, the balance is now shifting from our Roermond facility to our Rotterdam facility. The central column of the tripod however, is a perfect match for the specifications of our Roermond facility and therefore perfectly complements our product range.’