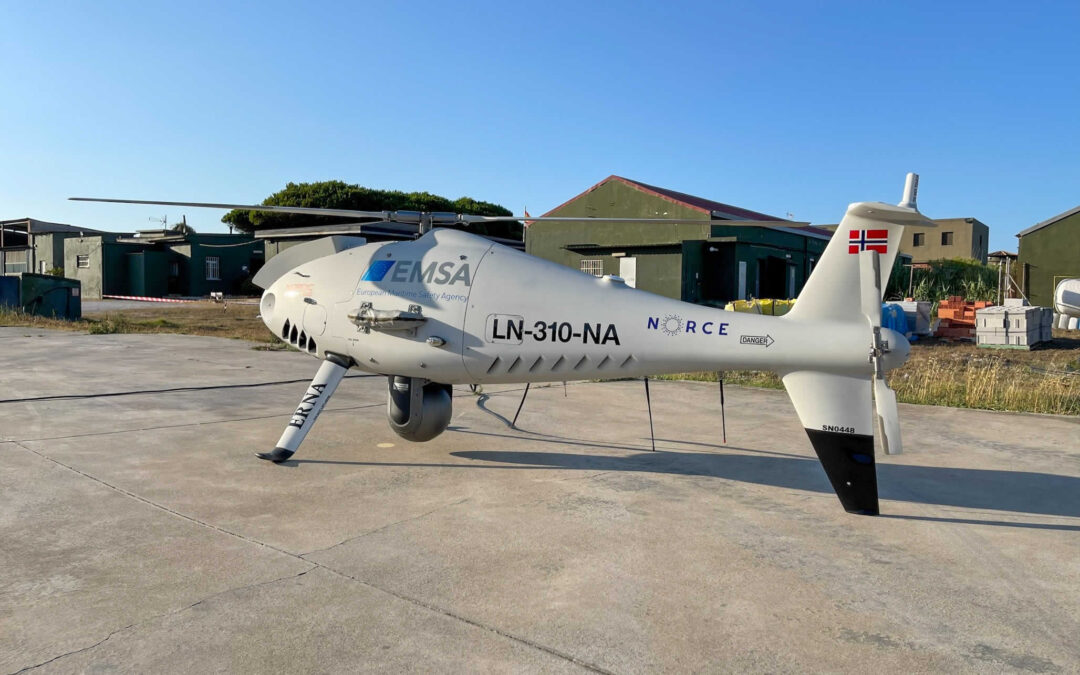 Over the summer, European Maritime Safety Agency’s (EMSA) remotely piloted aircraft has been monitoring the level of sulphur oxides released by ships transiting the Strait of Gibraltar, one of the world’s busiest shipping lanes. Of 294 vessels inspected so far, some 27 were found in possible breach of the limits of sulphur content in their fuel.

The operation marks the first time these emissions have been monitored by drone outside the specially designated emission control areas in Northern Europe. The flights have been in operation since mid-July from a base in Tarifa and will continue until the end of October.

The project designed to test the effectiveness of drones in measuring pollutant emissions from ships was set up by the Spanish Ministry of Transport, Mobility and Urban Agenda (MITMA), in collaboration with the Algeciras Maritime Captaincy and the General Directorate of Merchant Marine. The operation was carried out by the Spanish General Directorate of Merchant Marine.

Using EMSA’s remotely piloted aircraft systems (RPAS), the goal was to detect sulphur oxide emissions above a certain level indicating a possible breach of the International Convention on Maritime Pollution (MARPOL – Annex VI). The current limit for sulphur oxide in ship fuels is 0.50 per cent by mass.

The aircraft used is a Camcopter S100 and it is under contract to EMSA from the consortium of Nordic Unmanned, Norce and UMS Skeldar. It has several features making it a useful tool for the service, including the ability to take off and land vertically from an area less than 25 square meters, flight endurance of over six hours and a range of more than 100 km. To help detect the gases generated by fuel combustion and expelled through ship funnels, the aircraft is equipped with gas sensors and cameras that cover both optical and infrared spectral ranges.

Since 12 July, the RPAS has been carrying out two flights a day with an average of ten inspections per day. So far, 294 ships were inspected. The measurements and records are automatically encoded in the information exchange system which triggers an alert in the EMSA THETIS-EU database. While this does not confirm non-compliance directly, it does help port authorities target ships for inspection and proceed with the lab testing necessary for any eventual sanctions.