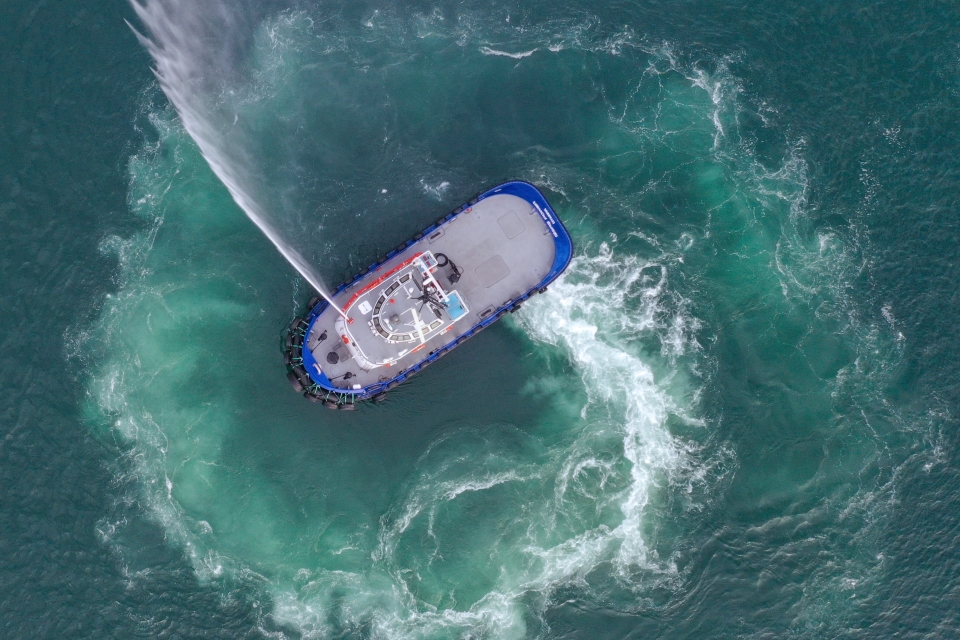 Navtek designed, built and delivered Zeetug (zero-emission electric tugboat) Gisas Power, the world’s first rechargeable and fully electric-powered tugboat, in early 2020 for Gisas. Now, more such tugs are under construction and the company is looking to extend the technology with alternative fuels such as hydrogen.

Gisas Shipbuilding Industry is a pilotage and towage company in İstanbul. After delivering the first Zeetug (32 tonnes bollard pull) last year, the company has ordered a further two sister vessels (Zeetug30) and one 45-tonne bollard pull Zeetug due for delivery at the end of 2021.

With the aid of the modular system, Zeetugs can be custom built from 5 to eighty tonnes bollard pull. They are smart power-efficient harbour tugboats, capable of managing their energy to reach longer distances. Navtek has also developed a smart tug energy management system for these all-electric tugs and quick-charging stations for the ports they operate in.

Lithium-ion battery packs are used to power the Zeetugs, manufactured by Corvus Energy. With powerful electrically charged battery packs and quick-charge stations (QCS) capable of fully charging a Zeetug within one hour, the tugs can successfully fulfil daily heavy-duty day and night time operations. Navtek claims that this technology can also be adapted to any existing short distance watercraft such as ferries, coastal fishing boats, leisure boats, workboats and water taxis.

Pulling ahead with hydrogen

With its rechargeable battery and all-electric zero-emission motor, the Zeetug ensures low levels of noise and vibration. The innovative design allows the vessels to operate powerfully with higher efficiency and without harming the environment.

‘The steel cutting ceremonies for the latest Zeetug projects were held recently and our R&D department is now working on charging while free spinning and extending our Zee technology with alternative green fuels such as hydrogen,’says Navtek Naval Technologies General Manager Ferhat Acuner. ‘We are currently in negotiations with a major worldwide tug operator regarding the development of electric and hydrogen-powered tugs together.’

The Zeetug is said to avoid around 9 tonnes of NOx and 210 tonnes of CO2 per year, compared to similar tugs with diesel engines.