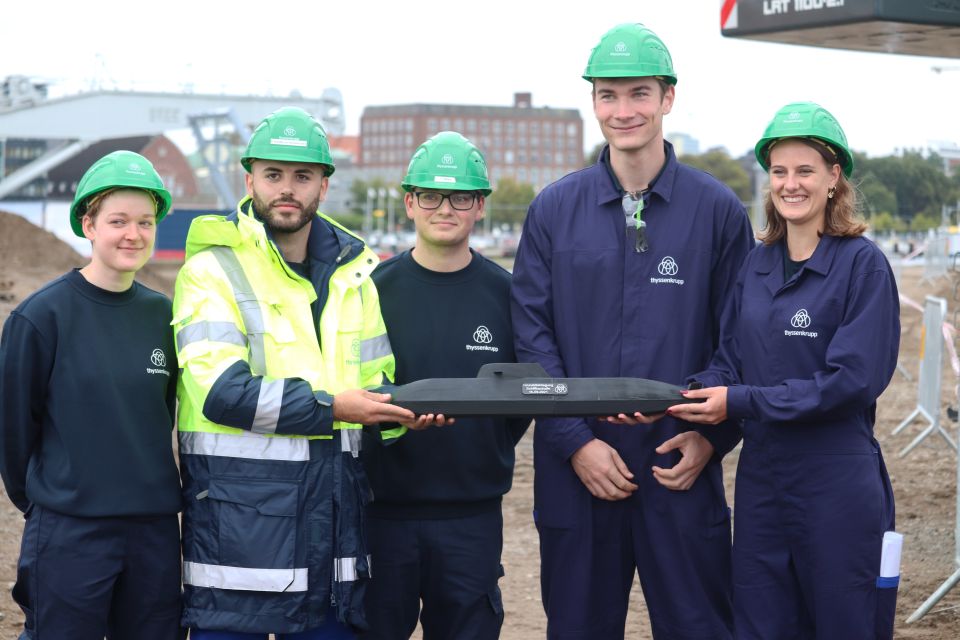 Last week, the foundation stone for Thyssenkrupp Marine Systems’ new shipbuilding hall was laid at its shipyard in Kiel, Germany. The hall is located directly on the Kieler Förde and will be used to build 212 CD submarines from 2023. In total, thyssenkrupp AG is investing around 250 million euros in its site at Kiel.

In July, Thyssenkrupp received an order from Norway and Germany to build six Class 212 CD submarines. These will be built in the new shipbuilding hall. The last submarine will be delivered in 2034.

The new shipbuilding hall is scheduled to be handed over to Thyssenkrupp Marine Systems at the end of June 2023. It will stand directly on the fjord and, alongside the old halls and the gantry cranes, will significantly change Kiel’s cityscape. It will be 170 metres long, seventy metres wide and 33 metres high. It has a floor area of around 15,000 m2 and offers space for approximately 300 employees working in shifts.

According to Oliver Burkhard, Chairman of the Supervisory Board the investment in the site shows that the company is convinced that the naval sector will pay off in the long term.

Thyssenkrupp Marine Systems is also one of the three copmanies vying for the Dutch submarine replacement project along with Swedish Saab and French Naval Group.

Picture: Traditionally, a time capsule was bricked into the foundation stone. For this special building, apprentices in our training workshop made the time capsule in the shape of a submarine. It contains a daily newspaper, a coin, a construction plan and a letter.