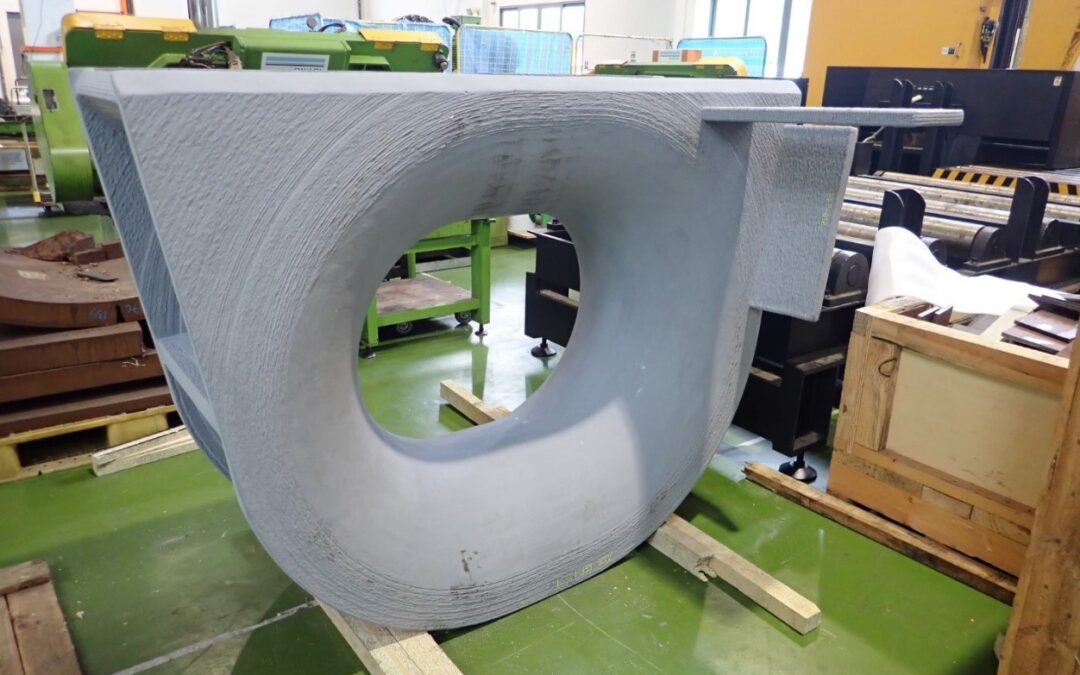 The verification by DNV follows extensive research, production and testing by KTI with end users Keppel Offshore & Marine (O&M) and AML3D and confirms that the component has met all the primary test requirements in KTI’s project material specification with satisfactory results.

‘KTI has been working on this project with Keppel O&M, DNV and AML3D since 2019, and we are proud to achieve this endorsement,’says Francois van Raemdonck, Managing Director of KTI.

Additive manufacturing (AM) – the industrial equivalent of 3D printing – is an emerging technology which uses 3D model data to fabricate parts, enabling, among other benefits, significant time savings. Wire Arc Additive Manufacturing, or WAAM, has the potential to enable a productivity step change in shipbuilding, and is able to 3D print marine grade metal structures at a scale well beyond other commercially available metal 3D printing technologies.

Aziz Merchant, Executive Director of Keppel Marine & Deepwater Technology, the technology arm of Keppel O&M: ‘The 3D printing of the Panama Chock shows that large components can be made available with shorter lead times and with equal standards of quality and performance. We are encouraged by the verification and we look forward to exploring how AM can be implemented on a wider scale.’

As part of the qualification process a 1450 kg Panama Chock was designed and produced to meet international standards and KTI’s project specific material specification. Material yield strength was twice that of the original cast material and was produced with acceptable internal soundness that was confirmed by various non-destructive testing and evaluation methods.

The part was then proof load tested to twenty per cent higher load than its design working load. Following the successful load test, non-destructive and destructive testing, the results were reviewed by all parties before the final verification statement was issued.