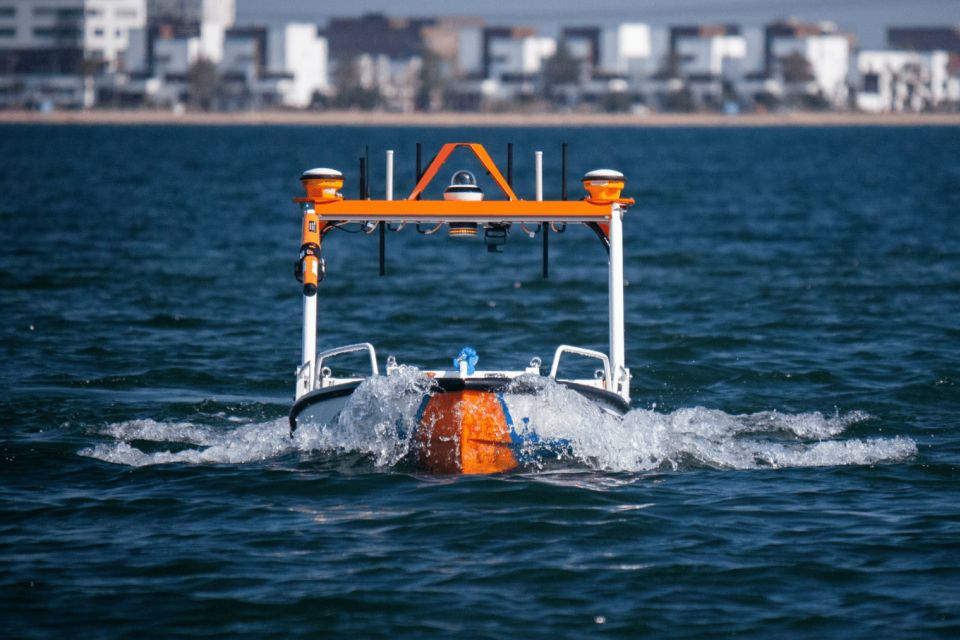 Netherlands Maritime Technology has revealed this year’s nominees for the Maritime Innovation Award. They are: Optics11 with an acoustic towed array, Demcon unmanned systems with a positioning system for USVs and Marine Performance Systems with an air lubrication system. The winner will be announced during the Maritime Awards Gala 2021 on November 1st.

Optics11‘s OTADES is a fibre-optic based thin acoustic towed array that overcomes all the challenges experienced by existing electrical arrays during submarine operations. The individual hydrophones in the array are smaller in diameter and use only light while delivering the same performance, thanks to the use of patented optical fibre technology. Thanks to the small diameter, the array is fully retractable within the submarine, resulting in significantly faster, cost-effective and more flexible deployment. The properties of OTADES are also ideal for autonomous vessels, dipping sonars and even suitable for port surveillance and underwater environment detection.

Demcon unmanned systems develops and produces unmanned autonomous vessels (unmanned surface vessels or USVs) for inspection, monitoring and maintenance applications in shallow, inland and offshore waters. The innovation in these USVs is the patented positioning system. A fixed thruster configuration that allows full (holonomic) motion control in all directions, with no moving steering components such as rudders or turntable thruster pods. By combining the new positioning system with fully electric propulsion in a watertight “unsinkable” hull separated by bulkheads, Demcon has created low-maintenance, quiet and durable USVs.

The principle of creating and maintaining a layer of air between the hull and the surrounding water to reduce friction is not a new concept. Marine Performance Systems BV‘s solution, FluidicAL, represents a significant improvement over known air lubrication solutions with estimated net fuel savings in the range of eight to twelve per cent. FluidicAL was installed on the coaster m/v Tharsis in October 2020 and the results were astounding. The solution was installed in dry dock for one week and put into operation during the following period. The captain confirms that the efficiency of the vessel has improved by seven to eight per cent from port to port, without affecting its manoeuvrability or stability.

Every year, the Maritime Week is full of events that place the Dutch maritime industry in the spotlights. This year, it takes place from 30 October to 6 November and also includes maritime trade fair Europort (2-5 November in Ahoy Rotterdam). The Maritime Awards Gala on 1 November is the highlight of the week. At the gala, approximately 850 maritime professionals gather to celebrate the industry’s most innovative feats. Unfortunately, in 2020 no Gala took place as a result of the pandemic.

But the event returns this year and once again five awards will be presented: