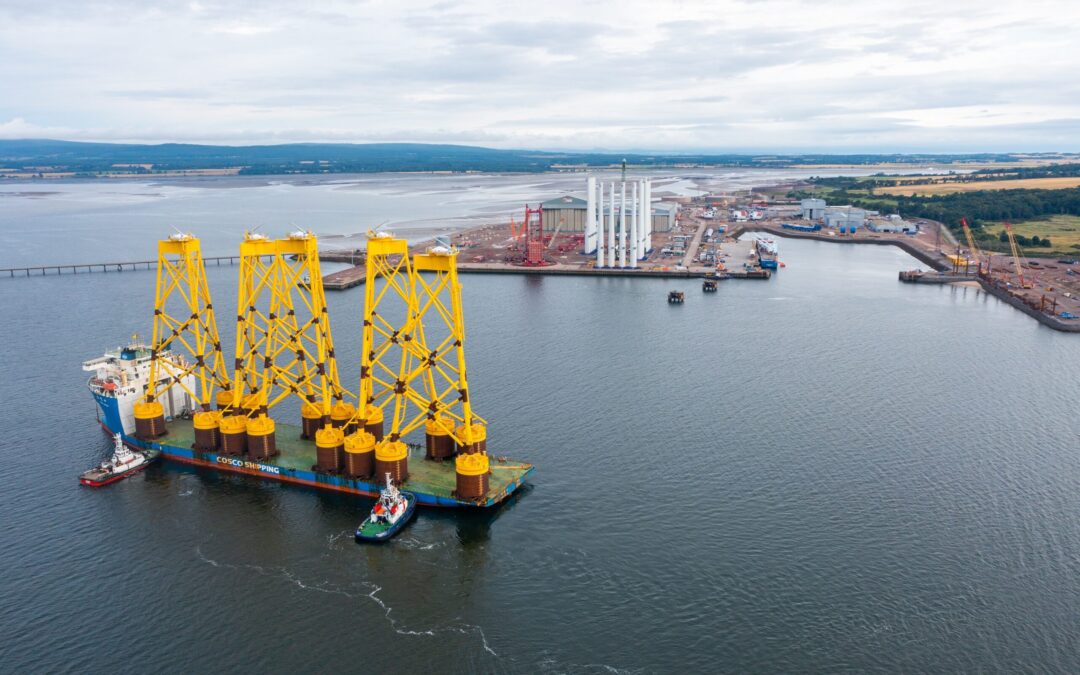 Seaway 7, a subsidiary of Subsea 7, has started a new phase in the Seagreen Offshore Wind Farm project. The contractor delivered the first five jacket superstructures to the Port of Nigg. In total, 114 foundations will be shipped to Scotland for the planned construction.

In mid-August, Seaway 7 moved five jacket superstructures to the Port of Nigg in Scotland. The components will be installed 27 kilometres off the Scottish coast on the site of the future Seagreen Offshore Wind Farm. By delivering the first jackets, Seaway 7 marked a new milestone in the project.

Another stage will start in October when the first jacket superstructures will be deployed on the site. In addition to the mentioned five foundations, the contractor must deliver 109 units of the same type. All the jackets will be deployed within the 12-month period. Afterwards, Vestas V164-10 MW turbines will be installed on each foundation.

The Seagreen Offshore Wind Farm is considered Scotland’s largest offshore facility for generating electricity by the wind. It will start to generate the first power at the beginning of 2022. The project is jointly carried out by TotalEnergies, a supermajor French gas and oil company, and SSE Renewables, the Scottish developer focused on renewable energy, together with Seaway 7 as the main contractor. When the wind farm will be fully completed, its power will increase up to 1.1. gigawatts that are enough for supplying electricity to 1.62 million homes.