Using scenarios to explore the challenges for future naval platforms 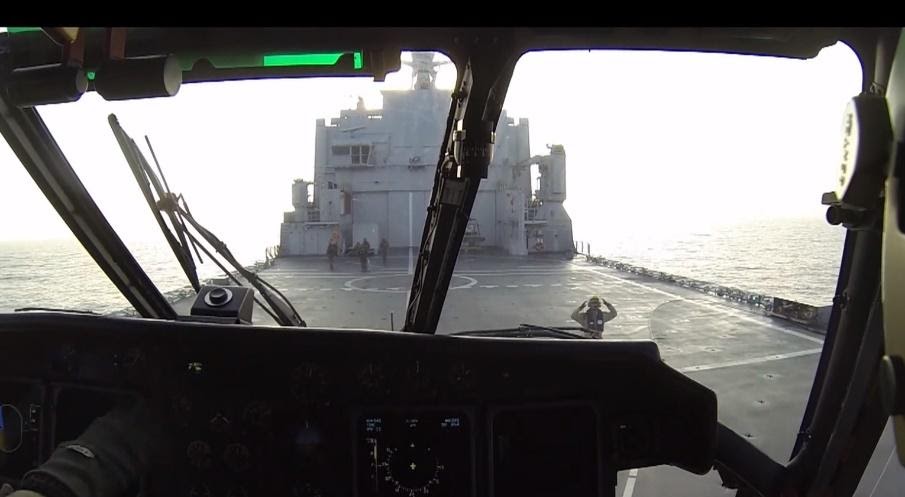 For the EDIDP project SEA Defence, a series of online scenario-based working sessions was organised. These sessions were used as a platform to facilitate a moderated discussion on the future operational requirements of naval platforms and the future technologies that might address the challenges of the future.

The SEA Defence project [1, 2] is based on the conviction that cooperation at a European level with the support of the European Commission (EC) is necessary to preserve the excellence and competitiveness of the European naval industry as well as to provide state-of-the-art and interoperable technologies to European navies.

SEA Defence unites in one unique consortium the main naval shipyards and some maritime research and technology organisations (RTO) in the EU [3]. The overarching goal of the consortium is to provide the EC and member states with a comprehensive, shared and up-to-date roadmap of (future) technologies to be included in next-generation naval platforms and to be pursued in further European development programmes (such as the European Defence Fund, EDF).

SEA Defence is explicitly looking at innovations for the next-generation naval platforms, while taking into account the need for continuous innovation through increased adaptability during the lifecycle of naval systems.

SEA Defence is a feasibility study under the European Defence Industrial Development Programme (EDIDP). EDIDP is a two-year programme (2019-2020) aimed at enhancing the competitiveness of the EU defence industry. EDIDP seeks to support the efforts of the EU defence industry in the development of defence equipment and technologies through co-financing from the EU budget.

Within the EDIDP programme, the EU and participating member states have allocated a budget of up to € 15.8 million out of a total EDIDP budget of € 500 million to SEA Defence.

EDIDP is part of the EDF, launched by the Commission in June 2017, to help member states spend money more efficiently, reduce duplications, and get better value for money by coordinating, supplementing and amplifying national investments in defence research and development activities.

To make sure that the technologies in the roadmap that SEA Defence will deliver address future operational challenges, a number of scenario-based working sessions were organised at the beginning of the project. The project plan already identified several areas of interest [4] as well as specific technologies within these areas to be evaluated in the project’s feasibility studies.

The first goal of the working sessions was to confirm that these technologies address the future operational challenges and needs of the military operator. Another important goal was to gain insights into the operational capability requirements that might be of interest in these feasibility studies.

Since the areas of interest as identified in the project plan were also the basis of the breakdown structure of the project into work packages (WP), another important goal of the scenario-based working sessions was to gain insights into the relationships and possible requirement conflicts between these areas of interest, which might be addressed during the project.

Finally, new technologies or solutions of interest could be identified that might be worthwhile to include in the feasibility studies.

Three scenarios that represent the operations of future naval platforms were developed, including the threats that these platforms are likely to encounter in these operations. The scenarios were based on the recommendations of the Capability Development Plan (CDP) [5], available documentation on future naval warfare shared by several European member states as well as open source documentation.

The three scenarios were situated in the future, ten to fifteen years from now. A notional conflict between two fictional nations, Brinia and Nordania, formed the background against which an EU Naval Force had to fulfil three missions.

The first mission for the EU Naval Force was to intercept a near-pear enemy naval force in the Northern Atlantic. Challenges included possible threats such as hypersonic glide missiles as well as extreme sea states and icing conditions.

The second mission was situated in the tropics. The EU Naval Force was tasked to protect merchant shipping lanes against hostile proxy actions, including attacks by drones as well as attacks by coastal batteries. In this scenario, the extremely high temperature as well as heavy sand and dust storms were also a challenge to the force.

The third scenario was an amphibious landing operation of two marine battalions with the aim of liberating a refinery, occupied by hostile hostile armed forces. The mission was to establish and defend a sea base, support the landing force with naval gun fire support, aerial surveillance and resupplies.

These three scenarios as well as the introduction of the conflict were illustrated in short two- to three-minute films. The scenario based working sessions took place online, over a period of one week in March 2021.

The week started with an online plenary session hosted from a studio in The Hague. In the studio, the SEA Defence project manager from Damen Shipyards, the SEA Defence Work Package leader from TNO and a representative of the Dutch Defence Materiel Organisation gave an introduction to the project and the working sessions to come. Over forty consortium members and representatives of the member states where participating via WebEx.

After this introduction, a total of seven 3.5-hour online working sessions took place with about fifteen to 25 consortium and member state participants each. Each working session was focussed on one of the seven work packages/areas of interest of the project. After an introduction to the programme and the overall introductory scenario, the working group was divided in three subgroups related to the three mission scenarios.

Each subgroup was shown the scenario film and then was asked to think about and discuss the following question: ‘Having in mind the topic of interest in this work package, which capabilities requirements of a future naval platform are most challenging in this mission scenario?’

The requirements addressed specific threats, but also requirements concerning the environment and other challenges that were presented in the film. The results of this brainstorm were captured in a template and after the subgroup discussions, the three subgroups reconvened and the results of each subgroup were presented and discussed in plenary sessions. In this plenary discussion, the possible requirement conflicts or overlaps with other topics were also addressed.

The week ended on Friday morning with a second plenary online studio session. Here, the first preliminary results of the working sessions for each of the three scenarios were presented and the way forward was discussed.

Reflection on methodology and conclusion

The use of scenarios when thinking of ship requirements is not new. However, there are some aspects in the way scenarios were used in the SEA Defence working sessions that were quite unique. First of all, the setting and the participants of the working sessions.

For the first time ever, a broad group of leading European naval shipyards and EU navies together exchanged experiences and ideas in this way. European cooperation always starts with finding common ideas and sharing expertise and it was found that scenarios are a powerful platform to facilitate this.

For the SEA Defence project, the use of scenarios was multidirectional. By having both operational end users as well as technical shipbuilding experts discuss the future scenarios both requirement pull aspects as well as “technology push” elements were addressed simultaneously.

The scenarios were not to set the requirements, but to facilitate a structured discussion between the operators and the technicians with the purpose to identify possible feasibility studies and research questions to be addressed in the SEA Defence studies.

The consortium was unequivocal in its conclusion that the scenario- based capability working sessions brought much added value to the SEA Defence project. Not only in setting the scene for the remainder of the project, but also in getting common views on the future scenarios for all work package leaders, participants and member state representatives.

The final result will thus reflect relevant research and development topics that can be used in Permanent Structured Cooperation (PESCO) and EDF projects for EU naval capabilities. But more importantly, the cooperating shipyards and the participating member states will have a common understanding of the operational concepts that inform future European shipbuilding endeavours.

This article was part of SWZ|Maritime’s June 2021 navy special and written by the authors on the right.

Picture (top): SEA Defence seeks to provide a roadmap of (future) technologies to be included in next-generation naval platforms.