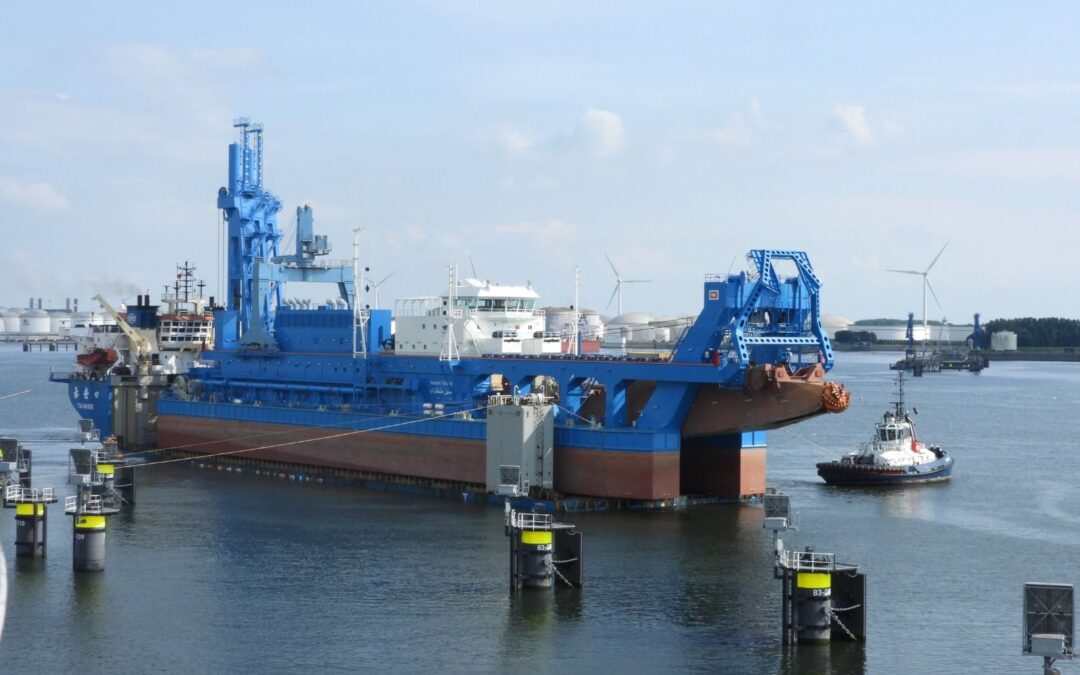 The Suez Canal Authority has welcomed its second cuter suction dredger (CSD) Hussein Tantawy. The vessel will join sister vessel Mohab Mameesh delivered in March as soon as it completes final commissioning. They are among the most powerful dredgers in the world.

The 29,190 kW heavy-duty rock cutter suction dredgers have a total installed cutter power of 4800 kW. The vessels are characterised by their long (147.7 metres) and slender shape and have the ability to dredge at a depth of 35 metres.

The Hussein Tantawy has been transported to Egypt by the heavy load carrier Tai An Kou. Following final commissioning, it will be used to maintain and improve the Suez Canal, which connects the Mediterranean Sea with the Red Sea.

Commenting during the handover of the vessel, Royal IHC CEO Gerben Eggink, noted that SCA’s work on maintaining the Suez Canal is vital to economies around the world. This became even more clear this past year when the canal was blocked. Eggink: ‘This vessel will only further enable the SCA to continue to deliver a valuable contribution to this region.’

The SCA stated that the vessel arrived in Egypt on Tuesday morning and is heading to the Great Lake where it will be floated and separated from the heavy load carrier.

Picture: Hussein Tantawy ready to hitch a lift to Egypt to join SCA’s fleet of dredgers (by Royal IHC).

Below a video of the CSD Hussein Tantawy arriving in the Suez Canal.