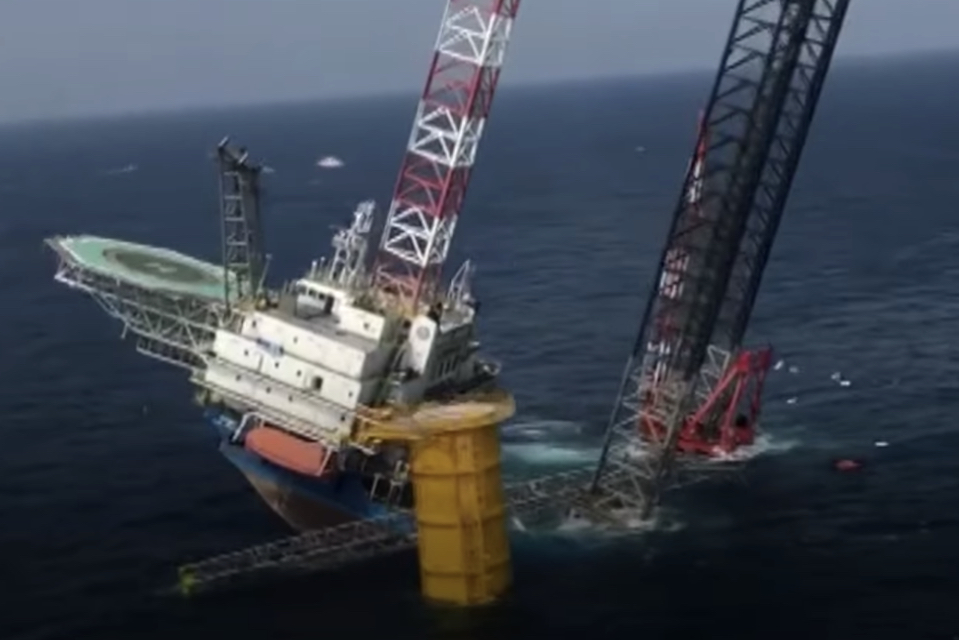 A jack-up vessel has tilted while working at an offshore wind farm off Huizhou city. 61 crew members were rescued reports China Global Television Network, four fell into the ocean and are missing.

The accident occurred on 25 July. The jack-up, named Sheng Ping 001, was involved in installing wind turbines at the site. The cause of the accident is still unknown.

According to China Global Television Network (CGTN), the platform has since been stabilised.

The picture above is a still from the video by CGTN below.