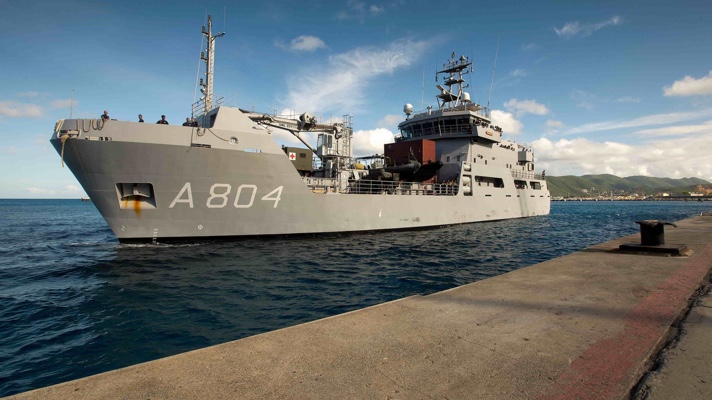 Damen signed the midlife upkeep (MLU) contract to this effect with the Dutch Ministry of Defence on 11 July. The scope of work includes equipping the vessels with new hull plating, renewal of radars and communications equipment and maintenance of the ship’s systems, along with regular maintenance.

The Royal Netherlands Navy uses the hydrographic survey vessels to chart the sea bottom. The Hydrographic Service uses this information, amongst other things, to produce nautical charts and other navigational publications. Damen will replace all the vessels’ underwater sensors to enable the vessels to perform their tasks efficiently in the coming years.

HNLMS Pelikaan is the logistic support ship of the Royal Netherlands Navy in the Caribbean. It is used for transportation and emergency assistance, playing a role, for example, after Hurricane Irma in 2017. This will be the first time the vessel returns to the Netherlands since its commissioning in 2006.

In its implementation and provision of engineering for this project, Damen is supported by around thirty Dutch suppliers and sub-contractors. Damen will begin work on the project later this year and expects to complete it in 2021. Work will be distributed between Damen Shipyards Den Helder and Damen Shiprepair Harlingen.