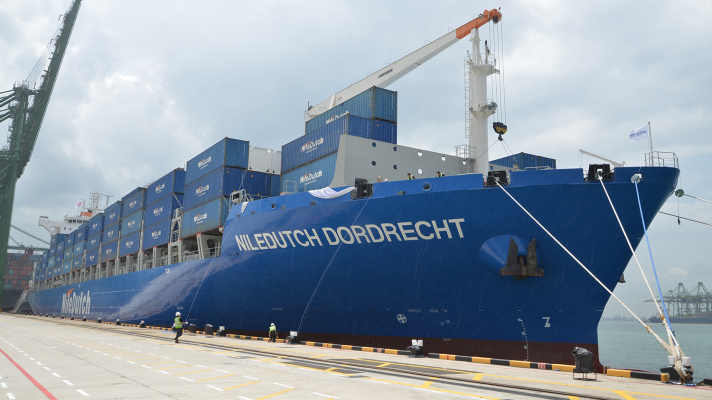 Eva Jongschaap, wife of Jan Jongschaap, one of NileDutch’s founders, performed the ceremony, which took place 23 January. NileDutch is expanding its fleet with four custom-designed container vessels to be deployed in West Africa. These vessels will be registered in the Netherlands and fly the Dutch flag.

The dimensions and deck equipment of the vessels are tailored to the ports of West Africa. Each vessel has a capacity of 3510 teu (1530 in the holds and 1980 on the hatch covers). The vessels have a length over all of 224 metres, beam (width) of 34.8 metres and draft of 12.5 metres and 20,000 kW engines. The other two vessels will be delivered later this year. All vessels will operate on NileDutch's West Africa – Far East rotation.