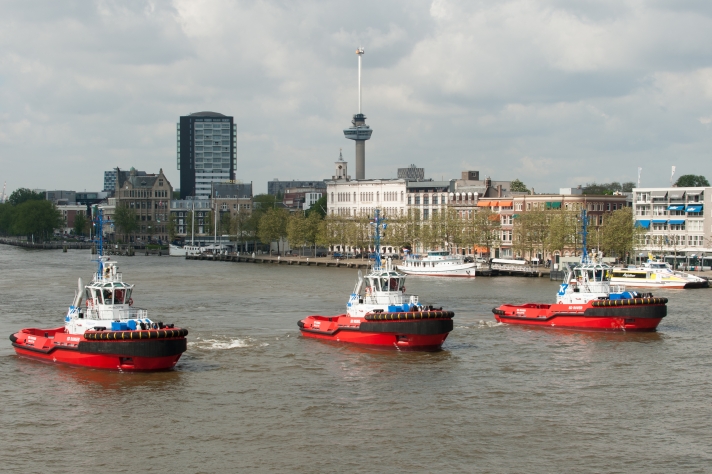 Within a month Kotug has expanded its fleet with six tug boats: in May the SD Rebel and SD Rover were christened, followed by the RT Adriaan, RT Darwin, RT Taswan and SD Ranger in June. This news post includes a photo album with pictures of the ships and their christenings.

The RT80-32 RotorTugs were christened together on 12 June in Bremerhaven, Germany. With these two ships the Kotug fleet in Bremerhaven now consists of eight tugs. (Pictures of the RT Darwin and Tasman by C. Eckardt)

The tugs and their christenings are discussed extensively in SWZ Maritime's August issue in the regular section Maand Maritiem. Curious about this edition or interested in a subscription? Please visit our subscriptions page.

Picture: SD Ranger, SD Rebel and SD Rover on 14 May in Rotterdam (by Kotug)